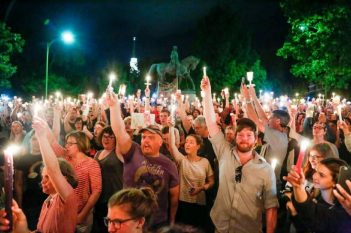 The Case for Civilised Behaviour in a Barbarous World

In all honesty, I approached this book with a raised brow, expecting a contemporary version of an old-fashioned etiquette guide. Instead, Lucinda Holdforth presents an essay that examines the human tendency towards barbarism and explores the case for manners.

She argues that privacy can co-exist with neighbourliness, that intellectual freedom can flourish with agreed social rules, and that civility can even save us from over-legislation.

Outlining manners through the ages and drawing on anecdotes that range from ancient Athens to Eighteenth Century Versailles to Bloomsbury and current day Australia, she touches on all aspects of civility. She quotes Emerson on self-restraint; Erasmus on the management of bodily functions; even John Howard’s praise of the friendly, well-mannered young people who serve at McDonalds.

Lest this all sounds too light-hearted, Holdforth strives for something bigger: she claims that manners act as a lubricant in awkward social situations; they help to maintain boundaries, allowing us to overcome the fear of over familiarity; and, ultimately, they serve to resolve our double identities, balancing individualism with social cohesion. Such ideas, she suggests, are particularly relevant now. In an increasingly complex world, manners render diverse people acceptable to one another.

Holdforth’s career as a speechwriter is apparent. She’s very clever with words, which makes this book readable and charming, but also somewhat glib. This occasionally gets in the way of really solid argumentation. In fact, the author has a good point we don’t want to miss: not only does more attention to general civility go a long way in alleviating the stresses of modern life, but a civil society is something to be proud of.

Why Manners Matter:  The Case for Manners in a Barbarous World, Lucinda Holdforth, Random House.