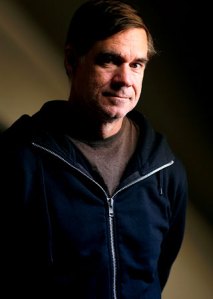 Watching your new film, Milk, the  past seemed to collide with the present.

I grew up in the conservative part of California, in Orange County, where the voters elected John Briggs to the State Senate. You know, looking back, it was a really peaceful childhood. There was enough food. The weather was good. There wasn’t much opportunity (or need) to pal around with terrorists. I guess you could say I was protected from most of the unsettling issues of the 1970s.

Then, Anita Bryant went a little crazy in Florida. And Briggs drew up the ballot measure making it illegal for gays and lesbians to teach in California schools (Proposition 6).

My friends and I didn’t really know what Proposition 6 was about or what “gay” meant. We just knew that there were really outspoken people who thought teachers could do some bad things.

It was right around this time that a friend’s 15-year-old sister was discovered to have been in a sexual relationship with a married P.E. teacher, and we figured this must be what they were talking about. Then, something happened to change everything—my understanding of the world, my outlook, my politics. (And later it became one more reason to get the hell out of Orange County.)

One evening in Laguna Beach, out to dinner with my family, we walked past The Little Shrimp, the only gay bar in town. Even though we didn’t understand why, The Little Shrimp was well-known among school kids  for being a place where ‘dangerous’ things happened. This was conveyed by the way voices were lowered, by nervous titters and derogatory references. Even my parents seemed flustered as we approached.

But then, at the precise moment we passed, the heavy gate fell open, giving me a view of the courtyard within. I experienced an odd frisson: what I saw was not at all what my child eyes expected. The bar was filled with happy, relaxed, normal people.

This moment stands out as one of the most vivid in my life. I think it was finally when I understood what was happening in the adult world. I knew in my heart that the married P.E. teacher was more of a threat than any of the men sitting in the courtyard of The Little Shrimp. And that John Briggs and Anita Bryant were wrong.

Your film brought it all back. And more. It echoed, in that odd way historical films sometimes do, events of the recent past, specifically the 2008 US election, and the situation we are facing now.

Maybe it’s just me, but every time you showed a clip of Anita Bryant in Milk, I was reminded someone else. It might be the upswept hair, the beauty pageant smile, and all the mobilising-the-base oratory, but gosh darn, Sarah Palin bears a striking resemblance to Anita Bryant—why, she could almost be her daughter.

My question to you is this: Have we learned so little in thirty years?

In 1978, Proposition 6 lost in California for two reasons. First, while Bryant was able to inspire the Christian right, it was then in its political infancy. Second, her ignorance and bigotry were also the very forces that mobilised the gay community to action. Thirty years on, the Christian right is a muscular, well-organised machine and, while the gay community has come a long way, with the ban on same-sex marriage, they’ve suffered a critical defeat in California.  And this, on the very day Barack Obama was elected.

My fear is this: Obama’s victory goes to our heads. We think we’ve accomplished something, relax our guard. Forces of bigotry, fear and hate ‘mobilise’ those who don’t or won’t listen to their hearts.

I think your film Milk will remind us the battle for human rights is ongoing. Whatever was gained thirty years ago might be lost today. What we gain today might be lost tomorrow.

Thanks for the reminder.