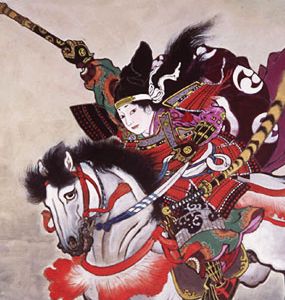 As one of the most universal of human motivations, it is not surprising that revenge is also one of the most compelling motifs in literature. The Illiad and The Odyssey are full of it. Shakespeare created some truly memorable, truly vengeful characters: think Hamlet, Othello, Iago, Shylock. Other writers have created characters so driven by revenge that they’ve become emblematic. There’s Captain Ahab in search of the white whale, for example. There’s the debonair Count of Monte Cristo issuing payback to those who framed him. And what about Miss Havisham of Great Expectations? Who can forget the image of her in her tattered wedding gown amidst the spider webs and uneaten crumbs of wedding cake? A woman wronged who is determined to make all men pay for the behaviour of one: the bridegroom who abandoned her.

Of course, there are also more subtle approaches. Hester Prynne of The Scarlet Letter has been wronged as well, much more so than Miss Havisham and to greater personal hardship. Revenge is within her power, and yet she resists it. She rises above it and is ennobled.

For writers of fiction, revenge will continue to remain powerful material because each act of vengeance is correlated with some injury or betrayal. And in that correlation lurks a story; in that story, a play of the darkest of human emotions. Characters are forced into a choice: Do they embrace monomania like Ahab or choose virtuous silence like Hester?

As children, after an unpleasant incident in the schoolyard, we are told that “Sticks and stones will break your bones, but words will never hurt you”. We quickly learn, however, that this is untrue. Words do hurt, and they hurt much more often than sticks and stones. A little later, we come to recognise that the pen is indeed mightier than the sword, and we begin to hone our craft, sharpening our verbiage, polishing our syntax, practising our advances and thrusts, our feints and ripostes.

A writer’s livelihood depends both on a skilful use of language and an examination of the human condition. But we are people too, and as such we are subject to wrongs and indignities just like everyone else, just like those we create for our characters. So what happens when we are tempted by revenge in the ways our characters are? Isn’t it natural that we make use of the most powerful weapon we have—our ability to write?

The question arises: Should writers allow themselves to go beyond merely writing about revenge and use their writing as a vehicle for revenge?

A friend of mine who writes detective fiction describes the moment she decided to become a writer. “I was working in the kitchen of a restaurant. The chef was a real jerk. Night after night I took his abuse. Night after night I made up stories of awful things that would happen to him when he left work. One day, I realised that I could actually kill him—in a novel! And I wouldn’t have to go to jail. Best of all,” she adds with a twinkle, “being a writer means I don’t have to work in that restaurant.”

What she didn’t count on was the defamation laws in Australia. While she did indeed write a novel with a character similar in many details to the objectionable chef and she did kill him in a dreadful manner, her publishers made certain that he would not be able to identify himself in any way. For that matter, they made sure no one else could identify him either.

“It kinda took the fun out of it,” she pouted.

In general, defamation law in Australia is draconian. Designed as an attempt to balance free speech with the right to a reputation, these laws too often serve the interests of the powerful—the only ones with the time and money to pursue protracted legal battles. More often than not, these laws act as a form of censorship. The threat of a defamation suit is so great that publishers err on the side of caution; if there is the slightest possibility that someone might be offended by something in a manuscript, it will be taken out. Quite often, the offending book or the article won’t be published at all.

For fiction writers, of course, there’s a bit more latitude. A novelist can shape experience, create characters that are composites, weave a story from disparate threads, producing something that is deeper, richer, more symbolic than the original story and making it, therefore, more relevant to everyone. What may have originated from a personal experience is transformed into something that touches everyone. It no longer belongs only to the original participants.

A word of advice, however. A fictional character based on a real person must be renamed, relocated, drawn with habits and traits that are largely made up. If there is something about a character that is identifiable (and objectionable), then make certain that what you say is true.

One of the most famous defamation cases in Australia was brought about when an author refused to change such identifiable details. Frank Hardy set out to provide a lacerating account of political corruption in his novel, Power without Glory. He wrote in secret to avoid the attention of public figures that might prevent the novel’s publication. The novel was self-published in 1950 and distributed by a network of associates that included members of the Union movement and other radical political groups. In 1951, Hardy was arrested and charged with the criminal libel not of any business or political leaders as one might have expected but of Ellen Wren, the wife of John Wren, a power broker of the ALP and a multi-millionaire businessman. The case hinged on whether or not she had had an adulterous affair. The jury remained unconvinced of Hardy’s guilt (or perhaps Wren’s innocence?) and he was acquitted. Some have suggested that that a jury member sympathetic to Hardy’s political cause swayed the decision; others that the Union threatened unionised jury members that they would never work again. At any rate, this is one case in which an author succeeded in retaining creative freedom. Ironically, it is also perhaps an example in which he should not have.

Some recent cases have proven to be more complicated, more far-reaching, more sinister. Due to the increasingly global nature of modern letters, it is possible to bring suits in jurisdictions outside of the one in which a work was published. For example, a Chinese writer living in London was sued by a Chinese citizen (also living in London), over a book in which a dead person was shown in an unfavourable light. The case was heard in China, where it is possible to ‘defame’ the dead and where the punishment for libel is more severe than in the U.K. The author of the book lost the case, and she must pay a sizable fine and publicly apologise.

Australia’s highest court held that Dow Jones, the publisher of numerous periodicals including The Wall Street Journal, could be sued in Australia over an article written in the U.S. and distributed over the internet. Yahoo! was similarly sued. A French court sided against Yahoo! and ordered the company to restrict access to an auction site that contained Nazi memorabilia, the selling of which is prohibited by French law. These cases and others have serious implications for anyone disseminating information online. Some international law experts believe that the question of Internet jurisprudence requires an international solution, something that could prove extremely difficult.

For writers concerned about such issues, the Australian Society of Authors (ASA) commissioned a book in response to frequent queries about legal matters. Lynne Spender has produced a handy reference book entitled Between the Lines, which addresses defamation law in Australia among many other legal subjects.

Since it is through words that we deal with the deeper issues that concern us, it’s worth considering not only the laws around their use, but also the customs. We make vows and promises, commitments, words that instil trust and hope. And we break them. On a deeper level, we may have revealing slips of the tongue—words that reveal the turnings and churnings of our subconscious. One might even successfully argue that what appears to be revenge in writing is merely the complex working through of a painful situation. It’s a writer’s business to hold a light to the dark corners of human experience, to delve into the heart of the matter, to explore emotion in all its shapes and possibilities. A writer will and must revisit the traumas and injuries and betrayals that occur in his life. She’ll examine it from all sides, twist it round and round, pose motivations and theories. It will be turned into a creative ‘work’.

And this makes perfect sense. The things that affect us most in our lives are the happiest and the most painful moments. Without great joy or trouble, we wouldn’t have the raw material for our stories. The question is: How much is too much? When do you draw the line? When can you say that imagination has taken over?

For a writer, the ‘virtuous silence’ of Hester Prynne is not a possibility. Our business is to transform experience into words. And who knows? That transformation may be the very thing that saves us from becoming an Ahab or a Miss Havisham.

This article first appeared in Arts Hub in 2006.