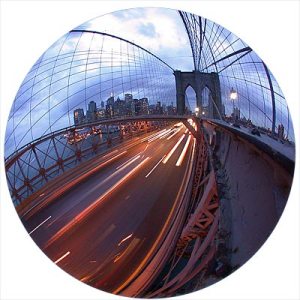 What are the ways bridges figure in literature?  Early on, they were linked to physical constructions; later, writers approached them more figuratively, as a place where one might gain insight or cross into other worlds.  The examples that follow only skim the surface. 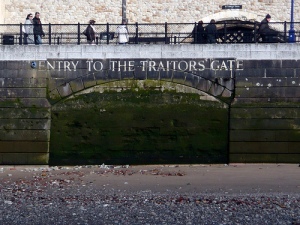 On the wrong side of a debate with Henry VIII regarding the authority of the Pope, Sir Thomas More, the author of Utopia, was found guilty of treason on July 1, 1535. He was beheaded and his head was fixed on a pike over London Bridge for a month—the normal custom for traitors at the time.

The Bridge of Sighs in Venice passes over the Rio di Palazzo and connects the interrogation rooms in the Doge’s Palace with the prison. The bridge was named by Lord Byron who imagined that prisoners would sigh at their final view of Venice—and freedom—before being taken into their cells.

In 19th Century novels in Britain, bridges appear as a motif in literature to represent the best fate for fallen women. It also reveals the Victorian ambivalence towards sex even when it occurs in marriage. In George Eliot’s Daniel Deronda (1876), Mirah, on being forced into a loveless marriage, contemplates throwing herself into a river, reinforcing the Victorian prejudice that falling into death is preferable to falling through sex.

In The Ambassadors (Henry James, 1903), Lambert Strether has been duped into believing that what exists between his soon-to-be stepson, Chad Newsome, and the French woman Marie de Vionnet is entirely pure. On a small tour to the French countryside before his return to America, he walks across a footbridge and sees Chad and Marie drifting in a small boat on the river. In a moment of shock, he recognises the true nature of their involvement.

One of my favourite novels and one that influences my current work is The Bridge of San Luis Rey (1927) by Thornton Wilder. It’s the story of a Jesuit friar who witnesses the collapse of a rope bridge in the mountains of Peru, plunging five travellers into the gorge below.The shaken friar investigates the lives of each of the victims, questioning ideas of fate and chance. Wilder was motivated by the stubborn Puritan view of “God as a petty schoolmaster who minutely weights guilt against merit, [while overlooking] God’s Caritas’ which is more all-encompassing and powerful“. The novel, which leaves this question unanswered, won a Pulitzer Prize the following year.

“The Bridge” (1930), Hart Crane’s only attempt at a long poem, celebrates the Brooklyn Bridge as a marvel of engineering and a symbol of American innovation. Poorly received at the time of publication, the poem has been rehabilitated in recent years, partly due to the championship of Harold Bloom. The Brooklyn Bridge has appeared in the works of so many poets that poets.orgnamed it a “poetry landmark”.

The Bridge over the River Kwai by the French writer Pierre Boulle (1952) is a fictional account of the building of a railway bridge over the Khwae Yai in the Thai province of Kanchanaburi, a project to create a route from Bangkok, Thailand to Rangoon, Burma. Over 100,000 conscripted Asian labourers and 16,000 Allied prisoners of war died constructing the bridge. While Boulle based his story on the experiences of French officers, he changed them to British in the book.

Junichiro Tanizaki’s The Bridge of Dreams (1959) is a haunting retelling of the Oedipal myth. The bridge in this instance isn’t a physical construction, but the pathway across an intangible line between truth and fiction. The narrator says: “Of course, all that I record here is true: I do not allow myself the slightest falsehood or distortion. But there are limits even to telling the truth; there is a line one ought not to cross. And so, although I certainly never write anything untrue, neither do I write the whole of the truth.”

Closer to home and a good one with which to conclude is Simon Cleary’s The Comfort of Figs (2008), which uses the construction of the Story Bridge in Brisbane to create a narrative about family and forgiveness.  It’s also a lovely evocation of place.