In March, I wrote about Hemingway’s lost manuscripts and how the 1964 version of his memoirs, edited by his fourth wife Mary, cannot be considered to be in line with the writer’s actual intentions because he had died years earlier.  This week (29 June 2009), a new version of A Moveable Feast is being released, this time edited by his grandson Sean, who claims it is “the restored edition”. 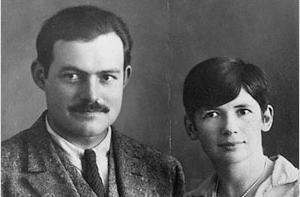 After Ernest Hemingway’s suicide in 1961, his fourth wife, Mary, was left with the unfinished pieces of his works-in-progress.  This included three novels and a collection of autobiographical fragments she would shape, edit, and eventually publish in 1964 as A Moveable Feast, Hemingway’s memoir of his years in Paris in the 1920s, when he was poor and his short stories were being regularly rejected.

Patrick Hemingway, the son of the writer and his second wife, Pauline, never liked the way his mother was depicted in the memoir:  A Moveable Feast chronicles the years in which Hemingway was married to his first wife, Hadley, and depicts Pauline Pfeiffer as the friend who betrayed her trust by seducing him.  (Hemingway, of course, betrayed Hadley, too, by falling for her close friend).  Recently, Patrick suggested to his nephew, Seán, an associate curator at the Metropolitan Museum of Art and a previous editor of anthologies of Hemingway’s writings on war and hunting, that a different compilation of the chapters Hemingway left at his death would make a more accurate memoir.

Mary Hemingway has been criticised over the years for cutting out passages in which Hemingway apologised to Hadley in deeply agonised prose.  It’s been suggested that Mary objected to the impression that the first of his wives held a more important place in his life and heart than the ones who followed. Patrick and Seán objected to the exclusion of this outpouring of remorse for his treatment of Hadley because it also excluded the “unbelievable happiness” he experienced with Pauline.

It’s to be expected, of course, that Seán Hemingway will receive similar criticism.  Although he’s restored paragraphs that Mary cut for the 1964 version and recasts his grandmother’s relationship with Hemingway in what he says is a more truthful way, there is a similar self-interest at work.  While Seán claims to have returned the text to a form closer to the way his grandfather wanted it, it’s a little suspicious that he places the final chapter in an appendix.  “There is Never Any End to Paris” presents Hadley as an innocent victim to both Pauline’s predatory advances and Hemingway’s weakness. 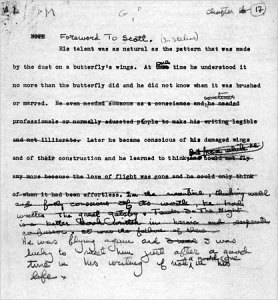 Hemingway himself was known for his many revisions, often re-writing events from the way they appeared in letters and notebooks.  Jacqueline Tournier-Courbin, the author of Ernest Hemingway’s ‘A Moveable Feast’: The Making of Myth, said Hemingway “really re-edits the past.”

While many scholars will welcome the opportunity to look at new material, it’s worth approaching this most recent version of Hemingway’s memoir with a strong dose of scepticism.  After all, the author has been dead for close to fifty years.  The words he recorded are subject to interpretation and, at the same time, his actual feelings and wishes are forever lost to us.

In fact, nothing that has been published in Hemingway’s name since his death in 1961 can be regarded as definitive.  “This book can’t become a sacred text,” said Ann Douglas, a professor of literature at Columbia University adding that “there can be no final text because there is not one.”