The modern method [of argumentation] is to assume without discussion that [your opponent] is wrong and then distract his attention from this (the only real issue) by busily explaining how he became so silly. In the course of the last fifteen years I have found this vice so common that I have had to invent a name for it. I call it Bulverism. Some day I am going to write the biography of its imaginary inventor, Ezekiel Bulver, whose destiny was determined at the age of five when he heard his mother say to his father — who had been maintaining that two sides of a triangle were together greater than the third — ‘Oh you say that because you are a man.’ ‘At that moment’, E. Bulver assures us, ‘there flashed across my opening mind the great truth that refutation is no necessary part of argument. Assume that your opponent is wrong, and then explain his error, and the world will be at your feet. Attempt to prove that he is wrong or (worse still) try to find out whether he is wrong or right, and the national dynamism of our age will thrust you to the wall.’ That is how Bulver became one of the makers of the Twentieth [and Twenty-First] Century.

Bulverism is a type of fallacy of reason that deals with secondary questions about ideas rather than the primary one, thus avoiding the basic question or evading the issues raised by trains of reasoning.  For example, rather than prove an argument is wrong by logical means, a person instead assumes it is wrong, and then goes on to explain why, in circumstantial or psychological terms, the other person holds that particular argument. It is also known as a circumstantial ad hominem argument.

This type of fallacy asserts that someone is in circumstances such that he is disposed to take a particular position. This is fallacious because a disposition to make a certain argument does not make the argument false.

The form of the bulverism fallacy can be expressed as follows:

You claim that A is true.  Because of B, you personally desire that A should be true.  Therefore, A is false.

You claim that A is false.  Because of B, you personally desire that A should be false.  Therefore, A is true. 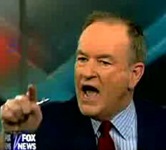 In the auto-bray of 24-hour news cycles, where commentators regularly  (and loudly) exhibit bulverism, it is important to remember the fallacious nature of their assertions.  More frightening, though, climate change deniers follow similar patterns of accusation and false reasoning.  And here, terrifyingly, the costs are higher.  When faced with the hee-haws of questionable ‘infotainers’, we can always switch them off.

On the other hand, allowing climate change deniers to muddy the argument with bulverism, to ignore science, fact, and logical reasoning serves to imperil one and all.