In search of dreams in literature 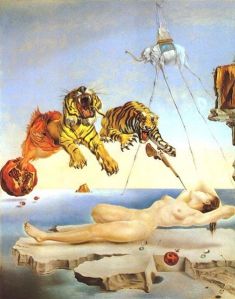 In search of dreams in literature

Films like The Matrix and Inception have brought together many of the philosophical and psychological dimensions of a literary tradition that dates back as far as Homer.  In literature, dreams occur as religious visions, as symbols, as messages, as reflections of philosophical ideas. Dreams appear in art in order to expose our anxieties, our wishes, our desires for escape.  And for writers like Murakami, dreams have even become a methodology for storytelling.

An intriguing early English example of the genre of dream poetry, The Dream of the Rood is set up with the narrator dreaming of the cross on which Christ was crucified. Details of Christ’s mission on earth are outlined, the dreamer exhorted to share what he has dreamed.  What makes this story utterly charming is the way the biblical story collides with contemporary Medieval values:  The cross is portrayed as a retainer whose most outstanding characteristic is that of unwavering loyalty to his master, the Lord Christ.

The poem begins with the narrator lamenting the loss of a pearl, which has fallen to earth.  He then falls asleep in the garden and has a dream in which he meets a beautiful woman, whom he gradually recognizes as being identical with his lost pearl.  In a lovely parallel, the reader gradually comes to realise that the lost pearl symbolises the death of a particular person, who is eventually, though obscurely, identified as the narrator’s daughter. 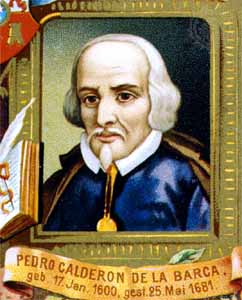 What is life? A frenzy.

What is life? A fiction,

A shadow, an illusion,

And the greatest profit is small;

For all of life is a dream,

And dreams are nothing but dreams.

Eve experiences a dream in which she seems at the urging of a mysterious angelic stranger to eat of the forbidden fruit.  After a sensation of flying and exultation, she awakes and relates the dream to Adam and, well, we all know what happens next…

Our life is two-fold: Sleep hath it’s own world

A boundary between the things misnamed

Death and existence: Sleep hath its own world

And a Wide realm of wild reality.

And dreams in their development have breath,

And tears, and tortures, and the touch of joy… 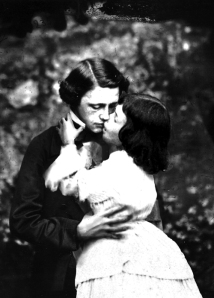 ‘Off with her head!’ the Queen shouted at the top of her voice. Nobody moved.

‘Who cares for you?’ said Alice (she had grown to her full size by this time). ‘You’re nothing but a pack of cards!’

At this the whole pack rose up into the air, and came flying down upon her; she gave a little scream, half of fright and half of anger, and tired to beat them off, and found herself lying on the bank, with her head in the lap of her sister, who was gently brushing away some dead leaves that had fluttered down from the trees upon her face.

So Alice got up and ran off, thinking while she ran, as well she might, what a wonderful dream it had been. 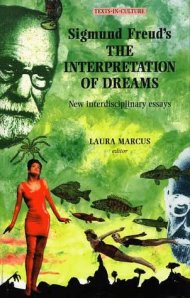 Sigmund Freud, The Interpretation of Dreams, 1899

The originator of many of the ideas utilised in the film Inception, Sigmund Freud called dreams ”the royal road to the understanding of unconscious mental processes”. In Freud’s view, dreams were all attempts by the unconscious to resolve a conflict of some sort, whether something recent or something from the recesses of the past. However, because the information in the unconscious is in an unruly and often disturbing form, a “censor” in the preconscious will not allow it to pass unaltered into the conscious. During dreams, the preconscious is more lax in this duty than in waking hours, but is still attentive: as such, the unconscious must distort and warp the meaning of its information to make it through the censorship. 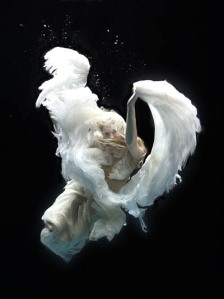 “A man that is born falls into a dream like a man who falls into the sea. If he tries to climb out into the air as inexperienced people endeavor to do, he drowns.”

In The Red Book, which was written between 1914 and 1930, G. Jung commenced an extended self-exploration that he called his “confrontation with the unconscious”. During this period, Jung developed his principal theories of the collective unconscious, the archetypes, psychological types, and the process of individuation;  in effect, he transformed psychotherapy from a practice concerned with the treatment of pathology into a means for reconnection with the soul and the recovery of meaning in life.  At his death in 1961, The Red Book lay in a vault in Switzerland for the next 48 years, since Jung feared that not only would his work be discredited if it was ever published, but he he would be thought quite mad.  An exquisite copy of his book was finally published in 2009.  Mad? Possibly.  Genius? Without question.

According to Murakami, “Writing a story is like playing out your dreams while you are awake. It’s not about being inspired by your dreams, but about consciously manipulating the unconscious and creating your own dream.”  Norwegian Wood is about the way that memories and dreams shape our reality, and the way we reshape our memories simply by the process of remembering.