The hero’s journey is often set up as a mythological adventure that also serves as a rite of passage for the hero.  There are three main parts of the journey: departure—initiation—return.  Within these three parts there are a variety of stages a hero might pass through, though not all stages will be present in every story.

Birth Normally, unusual—sometimes quite fabulous—circumstances surround the conception, birth and childhood of the hero.

The Call to Adventure The hero lives in an ordinary world.  The drama begins when he receives a call that will lead into the unknown.  The hero is called to adventure by some external event or messenger and may respond to the call willingly or may be forced to accept it with suspicion and reluctance.

This first stage of the mythological journey – which we have designated the “call to adventure” – signifies that destiny has summoned the hero and transferred his spiritual center of gravity from within the pale of his society to a zone unknown. This fateful region of both treasure and danger may be variously represented: as a distant land, a forest, a kingdom underground, beneath the waves, or above the sky, a secret island, lofty mountaintop, or profound dream state; but it is always a place of strangely fluid and polymorphous beings, unimaginable torments, superhuman deeds, and impossible delight. (Campbell)

Refusal of the summons converts the adventure into its negative. Walled in boredom, hard work, or ‘culture,’ the subject loses the power of significant affirmative action and becomes a victim to be saved. (Campbell)

Supernatural Aid Once the hero has committed to the quest, consciously or unconsciously, his or her guide, often possessing magical powers, appears.  More often than not, this supernatural mentor will present the hero with one or more talismans or artifacts that will aid them later in their quest.

Crossing the Threshold Upon reaching the threshold of adventure, the hero must undergo some sort of ordeal in order to pass from the everyday world into the field of adventure. This trial may be as painless as entering a dark cave or much more frightening and violent. The important feature is the contrast between the familiar world of light, where the limits of the world are known, and the dark and dangerous realm of adventure where the rules and limits are not known.

Belly of the Whale The belly of the whale represents the final separation from the hero’s known world and self. By entering this stage, the person shows willingness to undergo a metamorphosis.

The Road of Trials On the road of trials, the period of initiation begins.  The hero travels through the dream-like world of adventure where he must undergo a series of tests in order to begin the transformation.  These trials are often violent encounters with monsters, sorcerers, warriors, or forces of nature.  Each successful test further proves the hero’s ability and advances the journey toward its climax. Often the person fails one or more of these tests, which often occur in threes.

Meeting with the ‘Goddess’ This is the point when the hero experiences a love that has the power and significance of the all-powerful, all encompassing, unconditional love that a fortunate infant may experience with his or her mother. This is a very important step in the process and is often represented by the person finding the other person that he or she loves most completely.  This person possesses knowledge and wisdom that will help the hero to complete the transformation.

Temptation This stage is about those temptations that may lead the hero to abandon or stray from the quest.  Although Campbell refers to the tempter as a woman, temptation does not necessarily have to be represented this way. ‘Woman’ is merely a metaphor for the physical or material temptations of life, since the hero-knight of old legends was often tempted by lust from his spiritual journey.

The seeker of the life beyond life must press beyond (the woman), surpass the temptations of her call, and soar to the immaculate ether beyond. (Campbell)

Atonement In this step, the person must confront and be initiated by the force that holds the ultimate power in his or her life.  In many myths and stories, this is the father, or a father figure who has life and death power.  This is the center point of the journey.  All the previous steps have been moving in to this place, all that follow will move out from it.  Although this step is most frequently symbolized by an encounter with a male entity, it does not have to be a male; just someone or something with incredible power.

Apotheosis The hero or a stand-in for the hero is exalted to a higher rank, through a physical or metaphorical death, moving to a state of divine knowledge, love, compassion and bliss.  A more mundane way of looking at this step is that it is a period of rest, peace and fulfillment before the hero begins the return.

The Ultimate Boon In this stage, the hero achieves the goal of the quest. This is the critical moment in the hero’s journey in which there is often a final battle with a monster, wizard, or warrior, which facilitates the particular resolution of the adventure.  All the previous steps serve to prepare and purify the person for this step, since in many myths the boon is something transcendent like the elixir of life itself, or a plant that supplies immortality, or the Holy Grail. 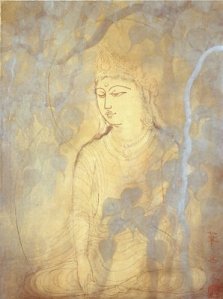 Refusal of the Return Having found bliss and enlightenment in the other world, the hero may not want to return to the ordinary world to bestow the boon onto his fellow man.

The Flight After accomplishing the mission, the hero must return to the threshold of adventure and prepare for a return to the everyday world. Sometimes the hero must escape with the boon, if it is something that the gods have been jealously guarding.  It can be just as adventurous and dangerous returning from the journey as it was to go on it

Rescue from Without Just as the hero may need guides and assistants to set out on the quest, oftentimes he or she must have powerful guides and rescuers to bring them back to everyday life, especially if the person has been wounded or weakened by the experience.

Crossing of the Return Threshold The return usually takes the form of an awakening, rebirth, resurrection, or a simple emergence from a cave or forest. Sometimes the hero is pulled out of the adventure world by a force from the daylight world.  The trick in returning is to retain the wisdom gained on the quest, to integrate that wisdom into a human life, and then maybe figure out how to share the wisdom with the rest of the world.  This is usually extremely difficult.

Master of Two Worlds This step is usually represented by a transcendental hero like Jesus or Buddha.  For a human hero, it may mean achieving a balance between the material and spiritual. The person has become comfortable and competent in both the inner and outer worlds.

Freedom to Live Mastery leads to freedom from the fear of death, which in turn is the freedom to live.  This is sometimes referred to as living in the moment, neither anticipating the future nor regretting the past.