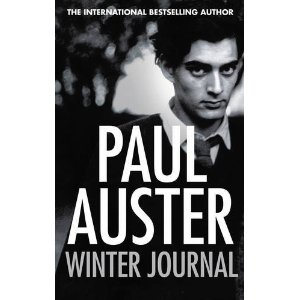 In 1978, at the age of thirty-one, Paul Auster’s first marriage had cracked apart, his writing had stalled, and he feared he’d never write another word. By chance, he attended an open rehearsal of a silent dance piece and was captivated. When the choreographer attempted to articulate the movements and patterns of the dance, Auster was struck by how useless her words were, how no words could convey the brute physicality of the dancers. This contrast between the activity of human life and our capacity to express it opened something inside him, and Auster fell through the rift between world and word, newly free, unblocked, able to start again.

Auster’s new memoir Winter Journal explores his life through the history of his body. He catalogues scars, recounts pleasures, traces physical experiences from his earliest memories to the edge of old age. Moving backwards and forwards in time, Auster evokes both the boy’s delight in playing catch and the heavy responsibilities of the family man. He summons the initial thrills and growing comforts of romantic love. In an attempt to chart what it means to be alive, he rummages around previous residences, counts hours spent in transit, documents the foods he’s loved, and lists the sensations of the body undertaking the activities of daily life.

Auster began his writing career as a poet and it shows. Winter Journal is an exquisite work full of delicacy and compassion. It’s an accomplished writer who can find a way to bridge the rift between world and word, seeking and reaching—if only for a moment—a point of clarity.

Review first appeared in The Courier-Mail in August 2012.