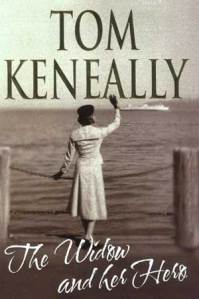 One night the magnetic Major Doucette leads a crackerjack team of men into Townsville harbour, where they soundlessly attach dummy mines to the allied ships anchored there. The success of this brazen venture convinces the military authorities to sanction Operation Cornflakes. With darkened skin and suicide tablets around their necks, Doucette and his men re-enact their undertaking, stealing into the port at Singapore, attaching mines to Japanese ships and sinking tons of enemy warships. Returning to Australia, the heroes are met with astonished praise by their generals and eagerly plan for the next, more ambitious adventure—Operation Memerang.

This time, they aren’t so lucky. The plan goes awry; the escape is botched; the men confront the Japanese on an island south of Indonesia, where they are swiftly overwhelmed. Those who aren’t killed are returned to Singapore, put on trial and beheaded.

Doucette’s best officer, Captain Leo Waterhouse, is one of the captured. It is Leo’s personal story as told by his widow Grace that forms the centrepiece of the novel. The young, handsome Leo bears a resemblance to Errol Flynn. And his bride Grace, who is deeply in love with him, builds a story of romance and heroism around him in order to deal with her fears for his safety and her grief when he is lost.

Sixty years on, Grace revisits the pieces of Leo’s last days as she knows them. However, many questions remain unanswered. For example, what led to their capture? Why weren’t the men rescued? How were they treated by the Japanese? How did they behave in the minutes prior to the beheading? And why weren’t they given posthumous decorations of valour?

For her entire life, Grace remains haunted by Leo’s ghost and tied to the few months they shared together as a young married couple. In the golden days of their honeymoon, Leo awakens her womanhood. He brings her into the world of his associates and their more sophisticated wives, where her eyes are slowly opened. She begins to question the strength of human relations, the value of self-sacrifice and the very notion of heroism. Although the reader knows it’s ahead from the first page, Leo’s death comes as a shock. We are as full of disbelief as Grace herself.

Although Grace moves on after Leo’s death, even remarrying, the memories continue to gnaw at her. There is a part of her that believes Leo’s story will only be settled by her own death. And she’s not alone. The other wives remain haunted by their husbands’ senseless killings. The American officer who made the decision that cost them their lives is tormented by the circumstances of their deaths. Even Hidaka, the prison camp’s translator, a kind man who brought the condemned bags of sweets and promised to take Grace Leo’s last words, also has deep feelings of remorse.

When Hidaka visits Grace after fifty years and delivers Leo’s journal (written implausibly on squares of brown toilet paper), she is afraid to read it, afraid she might learn something that will change the story forever. Grace feels that the summit of Leo’s life was the “liquid darkness in which they had affixed their limpets”. The heroic moment—in other words—and not her. And while this is painful to admit, she has spent a lifetime investing in its value. She is afraid another version of the story might be worse.

She might learn, for example, that Leo was no hero after all, turning inside-out what she believed all her life. She asks herself, “At eighty-four, why not just let yourself go in peace? The ghost is satisfied. The ghost has had its explanations, the ghost has departed the scene.” But he hasn’t and never will.

Keneally’s skill as one of Australia’s most versatile and interesting literary figures rests in such ambiguities. He questions our need for heroes and the price we all pay for needing them.

For the generation of Australians who lived through the terrible war and survived, men and women like Grace who are now past eighty, this novel acknowledges the awful price they paid and gives us a glimpse into the cold shadow of a war that has never quite disappeared under the hot Australian sun.

The Widow and her Hero, Tom Keneally, Doubleday.