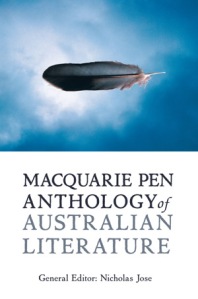 I clearly remember the first day of my freshman year at university.  The week before had been a vivid blur.  There was the rush of moving into the dorm; the excitement of choosing and registering for classes; the tedium and confusion of standing in all sorts of lines: to make payments and sign forms, to have a photo taken for the card that would forever identify me as a student of those hallowed halls, to buy the books I’d need for the next twenty weeks.  I prepared for the first class of the day: ‘Survey of English Literature, The Middle Ages to the Eighteenth Century’.  My notebook was untouched except for my name and the name of the subject on the front cover; I tucked two pens into my pocket, clutched the weighty Norton Anthology of English Literature, Volume 1, Third Edition to my breast, and set off excitedly for Freytig Hall.

All these years later, I still remember that introductory course and that particular anthology.  There was the map of ancient England on the inside front cover and a table of contents that spanned a dozen pages, summarising the nearly 3000 onion-skin pages that followed and touching on only half of the history of England’s literary output.  The second semester, I’d take the companion course, ‘Survey of English Literature, The Romantic Era to the Present’, and buy Volume 2 of the anthology.  The ‘Survey of American Literature’ was confined to one semester, and the anthologies we used had larger dimensions but fewer pages, on thicker paper, and with larger print.

These anthologies hold the highest place on my bookshelf, together with other ‘textbooks’ I used in my literature studies: the complete works of Chaucer, Milton, Shakespeare, the Russians in translation, the Continental Renaissance, Twentieth Century Poetry, etc… The really wonderful thing about studying literature is that, unlike other subjects, the texts used are works of art.  They don’t date.  Even if literary theories, criticism, and approaches fall out of favour, the works remain, testaments to what the human mind can conceive.

I’m musing about all this now, because this morning a book appeared on my doorstep for review: The Macquarie/PEN Anthology of Australian Literature.  As I opened the package and saw the cover, a thrill ran through me.  There is a photograph by Michael Riley, one of the most significant Indigenous Australian artists of the past few decades (and one of eight on permanent display at the Musée du quai Branly in Paris).  It’s a picture of a feather floating against a delicate skyscape, simple, bright, suggesting purity and the natural world and spirituality all at once, and connecting the quill, that symbol of writing, with the peculiar quality of light found only in Australia.  While I was already looking forward to this anthology, I became aware that what I held in my hands was something special, something momentous.

It’s a beautiful book, heavy, with nearly 1500 pages of 513 works from 307 authors.  The dust jacket tells me that “for the first time, Aboriginal writings are interleaved with other English-language writings…setting up an exchange that reveals Australian history in stark new ways”.  I feel another quiet thrill, and I haven’t yet read a word of the selections. . . .

(Expect more about this exciting anthology as I dip into it in coming weeks.)