“Glimpsed from the corner of the eye in passing” 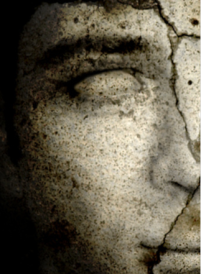 “The anecdote, the fond reminiscence, the protracted joke, the pointed recollection are,” according to the writer William Boyd,  “surely the genesis of the short stories we write and read today.”  Boyd has written widely on the subject and shapes his observations on many years as a practitioner, reviewer, and judge of the form.

He’s come up with descriptions of the various types, which is useful to look at in any discussion of the short story genre.

Taxonomy of the short story:

As soon as I saw this taxonomy, I wanted to do two things: I wanted to find examples of each type and study them for technique; and then, I wanted to write my way through the list.

The event-plot is the most straightforward and most familiar type, since we are taught to write this way as schoolchildren.  It’s the type that appears first historically too.  When short stories began appearing in print in the early 19th century, all were event-plot stories.  That doesn’t mean there’s nothing to learn from this approach, however.  Poe, an early master of the event-plot short story, was one of the first to understand that everything in a short story must be there for more than one reason: “In the whole composition, there should be no word written, of which the tendency, direct or indirect, is not to one pre-established design.  And by such means, with such care and skill, a picture is at length painted which leaves in the mind of him who contemplates it with a kindred art, a sense of the fullest satisfaction.”

But with Chekhov, often referred to as the greatest of short story writers, the direction shifts.  He has been the most singularly influential writer on the nature and form of the short story.  The writer VS Pritchett says that since Chekhov, “we are less bound by contrived plot, more intent on the theme buried in the heart”.  Every workshop I’ve ever attended on short story writing has emphasized this approach.  We’re taught that stories should surrender to the mystery of the interior; they should not be solved or resolved, but remain true and complex and enigmatic by creating something shimmering that is impossible to describe or explain.  We’re told to withhold judgment and to create something that gives the impression of being unshaped.

After World War I and through most of the 20th century, the modernist approach dominated.  Pritchett comments, “In a mass society, we have the sense of being anonymous: therefore, we look for the silent moment in which our singularity breaks through, when emotions change without warning and reveal themselves.”  It makes sense, then, that in a more alienated world, the innovations that began with Chekhov would shift.  The writing in short stories became sparer, leaving gaps, ambiguity, deepening mystery.  Not only didn’t modernist writers judge, they carved out a place in the story for the reader to reside.  Like the Chekhovian story, the modernist story is left open.  Characters are left carrying the aftermath of the story into an unknowable future.  Readers, too, puzzle over the ‘what next?’

A good short story shows another way of looking at something that’s familiar or it shows the opposite—what’s strange is suddenly known.  The best stories start with a familiar foundation out of which the unfamiliar rises, like Wagner’s music, where the listener is lulled by well-known motifs and patterns that slowly take on new dimensions, building in force and power until the music, in the end, is something quite unexpected.  To have been thrown into it all at once makes it inaccessible, but to be led there with care and purpose, leaves a sense of transformation.  There is also a complexity to this effect that makes it impossible to analyse.

The masters of what Boyd terms the cryptic/ludic story are Kafka, Nabakov, Calvino and Borges.  Borges says that all artistic creation means surrendering oneself to “a voluntary dream”.  Time and space collapse, collide, collude.  Here the story presents a baffling surface as a kind of challenge to the reader.  There’s a meaning to be discovered and deciphered under an apparently straightforward text.  Approaches to this type of short story may be: 1) a fantastical transformation of everyday life; 2) a tale based on myth; or 3) the creation of an alternate universe.

The mini-novel is a variety of the event-plot story that attempts to do in a few pages what the novel does in several hundred.  Last year, I returned home from a short story weekend, full of Chekhovian ideas and tips about writing like Hemingway, only to find the latest New Yorker waiting for me in the mailbox.  In that edition, there was a story by Annie Proulx called “Tits-up in a Ditch”.  It’s the life story of a young woman, encapsulating her birth, early life, school days, teenage romance, marriage, motherhood and tour of duty in Iraq.  It’s a wonderful story, full of irony, but it was strange to read coming after the workshop I’d just attended.  Of course, “Brokeback Mountain”, another of Proulx’s stories, is also a mini-novel.  I’ve lately read another by Salman Rushdie (“In the South”, again in The New Yorker).  It makes sense that, since Proulx and Rushdie are novelists, they would excel at writing short stories of this type.

Pritchett claims that the short story springs from a spontaneously poetic impulse.  He continues, “A short story is always a disclosure, often an evocation, frequently a celebration of character at the bursting point as it approaches the mythical.”  Those writing short stories of the mytho-poetic type focus on “the character at the bursting point”.  Boyd asserts that this is one of the few successful attempts to escape Chekhov.  He counts DH Lawrence and JG Ballard as writers of this type, who attempt in a story to come as close to lyric poetry as possible.  They seek, in the words of Roland Barthes, “a mythical space, a sacred space, as if outside history,” where they try “to transform the sign back into meaning: its ideal, ultimately, would be to reach not the meaning of words, but the meaning of things themselves”.

The biographical short story deliberately borrows and replicates the properties of non-fiction—of history, of reportage, of memoir. The stories of Borges play with this technique regularly. A love of footnotes and bibliographical annotation in younger contemporary American writers is a similar example of the genre.  Another variation of the biographical story is to introduce real people into fiction or to write fictive episodes of real lives.  Wild Nights! by Joyce Carol Oates is a recent example.  She writes fictional accounts of the last night in the lives of several American authors.  She doesn’t just give us a straightforward fictional account, however.  Being Joyce Carol Oates, brilliant and prolific, she imitates the style of each of the particular authors; not at all an easy task when you consider her subjects are Poe, Dickinson, Twain, James, and Hemingway.

Pritchett defined the short story as seizing a fragment of life, a part that stands in for the whole, something ‘glimpsed from the corner of the eye in passing’.  This is often taken to mean that the timeline in a short story is usually short, but I think that in really good short stories, no matter the type or length, there is something glimpsed, something mysterious, hinted at but unexplained, that resonates with us deeply.  They exist whole in the mind, like an unusually clear and well-expressed thought.  Boyd says: “The well-told story seems to answer something very deep in our nature as if, for the duration of the telling, something special has been created, some essence of our experience extrapolated, some temporary sense has been made of our common, turbulent journey towards the grave and oblivion.”

A challenge: I’ve set a goal for myself to write a story of each type by the year’s end.  I encourage you to join in.