Collaboration is all the rage. Everyone’s talking about its importance and searching for ways to do it more effectively—not only within organisations but across government, education, and industry sectors.

Recent insight into neuroscience tells us that the brain is a social organ. In a concise YouTube video, Louis Cozolino, a psychologist and neuroscientist at Pepperdine University, says that the human brain evolved to connect with other brains and that we create an internal model of the experience of those we come into contact with. Good managers intuitively understand this. They concentrate on team-building and foster collaborative workplaces. In fact, many offices are now designed without walls as vast open areas so that employees may interact freely. The ‘team’ is now centre-stage in many organisational structures. More and more, disparate and far-flung groups are asked to communicate, cooperate, work together better.

As much as the Western world values individuality, there has been a huge shift in recent decades away from what an individual might accomplish in isolation towards what groups of talented people might accomplish by pooling their knowledge, talents, insights and energy. This shift makes perfect sense in an increasingly hyperkinetic world that relies on faster, smarter technologies.

It’s worth considering, however, that we may have overshot the mark. There are times, in spite of the brain being a social organ, when collaboration is distinctly brain-unfriendly.

Because we create an internal model of the experience of those we encounter, teams can be hijacked by negative members, affecting productivity and morale. In an article for HBR Tony Schwartz, says the emotions people bring to work are as important as their cognitive skills, and especially so for leaders. Negative emotions spread like wildfire and they’re highly toxic.

But there is something subtler at play. People are drawn to outgoing, dynamic personalities. The one who speaks the most is generally seen to be most intelligent. According to Susan Cain in an interview for Scientific American, we’re such social animals, we instinctively mimic others’ opinions, often without realizing we’re doing it. The result is that if we are always working in groups or with groups in mind, certain types will dominate and quieter voices will be less likely to be heard. 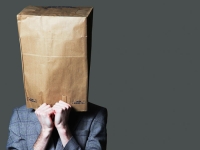 While the world is becoming more extroverted, the ratio of introverts to extroverts remains relatively steady, about one in four. These different personality types perform best in opposite circumstances and environments. According to many of the studies Cain cites in her book, introverted personalities are feeling increasingly stressed in a workplaces that are becoming less suitable to their working styles.

The greater the emphasis is on collaboration, the more likely the contributions of these workers, many of whom work best alone, will be overlooked—or perhaps not be generated in the first place.

Innovation doesn’t happen in a vacuum. There is a real need for dynamic leaders who can take a good idea and hit the ground running. But without that good idea in the first place, there is nothing to innovate. We know from neuroscience that creativity requires periods of  quiet reflection.

The current focus on collaboration, adaptation, and innovation has brought about fundamental changes to the way the office looks. The rigid ‘cube farm’ of the 1990s has lost its foothold to flexible offices that encourage employees to move freely within the space.

There is a downside, however. Proximity to our colleagues makes it easier to have a spontaneous micro-meeting, but it also means we have to sit through their deconstruction of the latest television hit or their shouting matches with teenage children over the phone.

There is no doubt the ‘jam the most number of people into a square metre’ approach, which was the style in the 1990s and a good part of the early millennium, has gone. It was associated with quite significant morale and productivity drops. The new wave of innovation is about activities for workers such as socialising, eating and locating themselves in all manner of different environments while they work.

The activity-based workplace is an environment with a range of different zones that support collaborative tasks and work that needs to be more contemplative, something that aligns with what we’re learning about the brain.

This new workplace design relies on cutting-edge technology to tie it all together. But creating a shiny, high-tech environment doesn’t necessarily foster better ideas or enhance collaboration.

A study undertaken by Ann Majchrzak at USC demonstrates the relationship of the physical work environment to work process. Her three-year research effort revealed that companies that reengineered their business processes, making workers more interdependent, and then supported these work processes with open, collaborative environments realized productivity increases up to a whopping 440%.

With statistics like this, many organisations have jumped on the bandwagon only to discover that placing workers in these fancy open environments does not mean they will collaborate. The key to achieving positive results is actually found in attending to work process first and then ensuring that the physical environment and the work process complement rather than compete with each other.

Employers are still in the experimentation phase as to whether these new trends will actually work in the office.

Cain is doubtful. She draws on research to argue that the modern office has been designed exclusively for extroverted characters who thrive on the atmosphere. In contrast, open-plan office design has been a productivity disaster for quieter employees.

“If solitude is an important key to creativity, we might all want to develop a taste for it,” she argues in Quiet.

“You think we’d want to teach our kids to work independently. That we’d want to give employees plenty of privacy and autonomy. Yet increasingly we do just the opposite.”

As she terms it, the “new groupthink” places a burdensome emphasis on teamwork, nearly all of the time. In her estimation, up to 70 per cent of employees in the US spend their working day in open-plan offices of some description. The question is: Just what does this mean for creativity?

In a recent article on innovation and the importance of collaboration, Phillip Micallef, the former executive chairman of MCA and former CEO of Malta Enterprise, makes the case for innovation being an increasingly “collaborative pursuit that runs across firms, countries and sectors”. He argues further that

successful innovation occurs through an “innovative system”, linking together the ideas, technology, finance and production networks needed to successfully develop new ideas and methods and then bring them to scale in a particular industry sector. [It] thrives through cross-cutting networks, where ideas can spread rapidly and be tested in practice by many users. 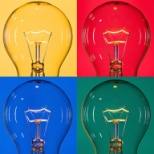 Micallef makes a distinction between two areas of innovation that go hand-in-hand. He argues that innovation is often equated with investing more in research to create knowledge, but that true innovation requires the application of that knowledge in new ways that create value. While he is absolutely correct in noting the importance of new knowledge, placing the emphasis on its application—the easy part—comes at the expense of new and innovative ideas being generated in the first place.

Cain’s work supports the importance of solitude to creativity. Writing for The New York Times, Cain states that “research strongly suggests that people are more creative when they enjoy privacy and freedom from interruption. And the most spectacularly creative people in many fields are often introverted, according to studies by the psychologists Mihaly Csikszentmihalyi and Gregory Feist. They’re extroverted enough to exchange and advance ideas, but see themselves as independent and individualistic.”She offers an explanation for these findings: Introverts are comfortable working alone—and solitude is a catalyst to innovation. She sites an observation by psychologist Hans Eysenck who claimed that introversion fosters creativity by “concentrating the mind on the tasks in hand, and preventing the dissipation of energy on social and sexual matters unrelated to work.”
Triangulation

Architects know that triangles make a structure sound. Good managers know that knowledge management and knowledge transformation require three key components. As Harold Jarche, an expert in innovation, states in a recent article, there are three types of specialists none of whom can succeed in isolation:

Jarche argues that a diversity of talents is necessary for true innovation. If one side of the ‘talent triangle’ is missing, the strength of the idea will not be best supported—indeed, the idea may never originate at all.

Acknowledging that different personality types have different roles to play and allowing each the appropriate environment to utilise their talents is critical for true innovation. There are times when we can and should collaborate productively and times when we should be wise enough to leave each other alone.

This article first appeared in June 2013 in Brainwaves for Leaders.