“His paws smell of grass…” 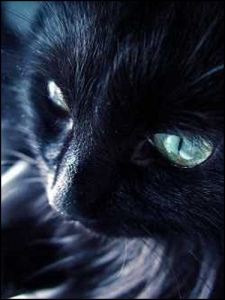 Have you ever picked up an unfamiliar notebook and read something in your own handwriting you don’t remember writing?  This morning, I found this:

In the afternoon, the house is quiet and I seek a nap.  My beloved cat has been dozing for hours.  A huge creature, Norwegian long-hair with some wildcat, I’m told.

I slip into a meditation, pressing my face against his fur.  Images collide.  The stuff of my unconscious rises up and meets the debris of daily life fluttering down.  This is the place of poetry.

His paws smell of grass, and I have a vision.  His eyes are twin suns.  His purr, the rumble of thunder.  Ears poke out from mouontains.  Whiskers are tall gums and fur a savannah in darkness.  He leaps from continent to continent.

The essayist in me arches a brow.  The novelist thinks, “I’ll have to put this in a character’s head.”

This is the raw stuff of verse: a dozing cat grown large.